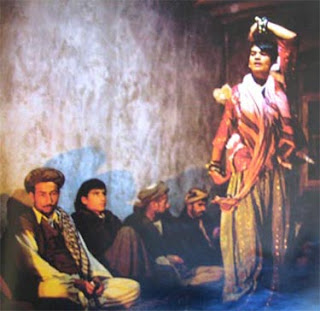 If this nice picture of the beautiful lady does not copy, then you can see at the link above, which gives the full story, which today is a big scandal in France, but I doubt if you will hear about it.
The left-wing asks, why get upset about such a veil.  Ignore it, they say.  That is a reasonable question, but is based upon a terrible ignorance.   Such facial veiling (note in the photo, the husband does not wear any such veil) it is a symbol of Islamic conquest, of the male brutality and conquest over the female and should not be tolerated in a free society.  So say the moderates, concerned for their culture and children.  And this one case proves the moderates (accused as "right-wing") are correct.  Read on.
As publicity came on this case, it turns out the woman is one of four wives of a polygamist Algerian immigrant.  The guy is networked with Algerian terror groups.  The four wives have 12 children from him, collectively.  They all separately go to the social services using their maiden names, claiming to be single women.  "Oh Boo Hoo help me, my husband abandoned me with these six kids, and I have no job, etc., boo hoo."  So the French people are not monsters, and will give this woman plenty of social welfare, for all six kids too -- an apartment, food, clothes, car, education for the kids, you name it.  How much for just that one wife?  3000 Euro per month?  Times four wives that's 12,000 Euro, per month!  144,000 Euro per year.  French people, where is the end of your generosity?!  Don't you think this guy is telling all his friends to come and do the same?   So you wonder why your economy is suffering?  Why so many of these Muslim guys ride around in Mercedes and wear slick clothes, flying here and there in the world like money is nothing, and laughing with contempt at the stupid dhimmi Western people.  It is not like the shabby immigrants from Russia or elsewhere, whose clothes immediately show they are in poverty.   No, they are wearing the best clothing, the men, even as their slave-women walk under full black curtains, suffering from Stockholm Syndrome and so always speaking in support of their tormentors.
So for years this entire "family" of slave-women and unplanned children, with one despotic conniving criminal male collects state welfare benefits, a type of Jihad to rob from the dirty infidels he hates, that he'd like to kill or enslave, but cannot yet do so because there aren't enough of him and his buddies to do it.  So every Muslim man want four dummy slave-wives and 25 kids, and get their hundred-thousand-plus Euros each year, for doing nothing but being a criminal thief and rapist, so in a few years they can take over.  This is what they call "Immigration Jihad".  That is their word, their definition also.  And it is crafted, plotted and well thought-out, planned through the system of mosques and mullahs, even as they smile for the Western TV cameras and spray perfume about the "religion of peace", and also about the "dirty Jew".
Here, from their own mouths:
"One day, millions of men will leave the Southern Hemisphere to go to the Northern Hemisphere. And they will not go there as friends. Because they will go there to conquer it. And they will conquer it with their sons. The wombs of our women will give us victory."  so said the former president of Algeria, Boumedienne.
Believe him.
When that day comes, the sons and daughters of Europe will become the dhimmi slave dancing boys and child bride pedophile victims of Islam.  But of course, the political left doesn't care about that, because the Muslims are a new "voting block".  "Capitalism" is the real enemy.  And children can't vote.  If they could, they would vote to throw the apologists for Islamic child-rape into the Iceland volcano.
J.D. 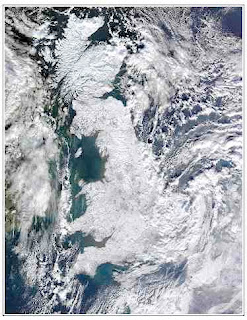 And we still are coasting along at zero sunspots for most days, with only one or two every week or so.   Time will tell.
http://news.bbc.co.uk/2/hi/science/nature/8615789.stm
Low solar activity link to cold UK winters
By Mark Kinver
A period of low solar activity could lead to more cold winters in the UK
The UK and continental Europe could be gripped by more frequent cold winters in the future as a result of low solar activity, say researchers.
They identified a link between fewer sunspots and atmospheric conditions that "block" warm, westerly winds reaching Europe during winter months.  ...
"By recent standards, we have just had what could be called a very cold winter and I wanted to see if this was just another coincidence or statistically robust," said lead author Mike Lockwood, professor of space environment physics at the University of Reading, UK.
To examine whether there was a link, Professor Lockwood and his co-authors compared past levels of solar activity with the Central England Temperature (CET) record, which is the world's longest continuous instrumental record of such data.
The researchers used the 351-year CET record because it provided data that went back to the beginning of the Maunder Minimum, a prolonged period of very low activity on the Sun that lasted about half a century.
Professor Mike Lockwood
The Maunder Minimum occurred in the latter half of the 17th Century - a period when Europe experienced a series of harsh winters, which has been dubbed by some as the Little Ice Age. Following this, there was a gradual increase in solar activity that lasted 300 years.
Professor Lockwood explained that studies of activity on the Sun, which provides data stretching back over 9,000 years, showed that it tended to "ramp up quite slowly over about a 300-year period, then drop quite quickly over about a 100-year period".
He said the present decline started in 1985 and was currently about "half way back to a Maunder Minimum condition".
This allowed the team to compare recent years with what happened in the late 1600s.
"We found that you could accommodate both the Maunder Minimum and the last few years into the same framework," he told BBC News.
...
Go to the original for the full article

For the mainstream media, this is obviously a big "huh"?  They can't figure out why any rational person would be concerned about Big Brother's loving, crushing embrace.  The peasants are going in revolt, unwilling to genuflect to the King's hat (nor to the King's god, for that matter).
What will happen when the issues of the FDA burning Reich's books becomes more widely known, the issue of the FDA and medical community and mainstream journalists chronic lying about, and the suppression of his findings on the origins of the cancer cell, and of the cancer biopathy, and of the orgone accumulator as a decent therapy for cancer and other degenerative illness.
An awakening....?

One third of Americans say own govt a threat: Poll

WASHINGTON (AFP) - Nearly one out of three Americans view the US government as a "major threat" to their freedoms, and four out of five say they don't trust Washington to solve their problems, according to a new poll out Monday. ...

Public confidence in government is at one of the lowest points in a half century, according to a survey from the Pew Research Center. Nearly 8 in 10 Americans say they don't trust the federal government and have little faith it can solve America's ills, the survey found. ...

Go to the weblinks for the full articles.

Courtesy Announcement
There is a very refreshing and bold new addition to Internet, the on-line Journal of Psychiatric Orgone Therapy.  It has written articles and YouTube videos, very well produced and organized.
http://www.psychorgone.com/
Spread the word...

Hatred of Female Sexuality Leads to Chaos and War

The article below documents an ugly tradition, of rampant female infanticide and sex-selective abortions, carried forward into modern China as an extension of old Saharasian Buddhist and Confucian ideals.  Boys and sons are a blessing, but girls and daughters are a curse. The same thing also happens across the Islamic and Hindu worlds.  One major consequence is, an excess of sons for whom no female companions will exist -- which in turn feeds the generation of social chaos and violence.    J.D.

In the cruel old China, baby girls were often left to die in the gutters. In the cruel modern China, they are aborted by the tens of millions, using all the latest technology.

There is an ugly new word for this mass slaughter: gendercide.

Thanks to a state policy which has limited many families to one child since 1979, combined with an ancient and ruthless prejudice in favour of sons, the world's new superpower is beginning the century of its supremacy with an alarming surplus of males.

By the year 2020, there will be 30 million more men than women of marriageable age in this giant empire, so large and so different (its current population is 1,336,410,000) that it often feels more like a separate planet than just another country. Nothing like this has ever happened to any civilisation before.

The nearest we can come to it is the sad shortage of men after the First World War in Britain, France, Russia and Germany, and the many women denied the chance of family life and motherhood as a result.

It is possible that the effects of that imbalance are still with us, in the shape of the radical feminist movement which found ready recruits among the husbandless teachers and other professionals of the Twenties and Thirties.

But men without women are altogether more troublesome than women without men, especially when they are young.

All kinds of speculation is now seething about what might happen; a war to cull the surplus males, a rise in crime, a huge expansion in the prostitution that is already a major industry in every Chinese city, a rise in homosexuality.  ...

Survey of European Laws Against Islamization 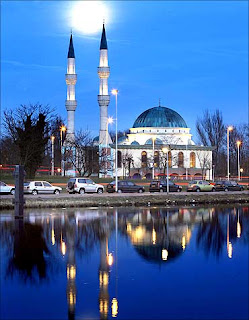 A small start to addressing the serious issue, of the Islamization of Europe.
http://news.rediff.com/slide-show/2010/apr/05/slide-show-1-is-europe-turning-intolerant-to-islam.htm#contentTop

A Tale of Two Protests