A Month of Islam in Britain: April 2015: Muslim Rape Gangs, Terrorists as 'Pop-Idols,' and the Trafficking of Children

About Freedom of Speech, Muslim Rape Gangs,
Terrorists as 'Pop-Idols,' and the Trafficking of Children

Here's a must-view video by Bill Whittle, on the question of Freedom of Speech.

Provocative.  Offensive to some.  Should he be beheaded?


Evolution gave us a backbone for a reason.

From the Gatestone Institute:

Muslim Rape Gangs, Terrorists as 'Pop-Idols,' and the Trafficking of Children
A Month of Islam in Britain: April 2015

"The boys want to be like them [jihadists] and the girls want to be with them. That's what they used to say about the Beatles... [Muslim teenagers] see their own lives as poor by comparison, and don't realize they are being used." - Nazir Afzal, Britain's leading Muslim prosecutor.

"The extreme views of a 'racist, homophobe and anti-Semite' who supports killing non-Muslims and 'stoning adulterers' are being made available to prison imams and prisoners...with the blessing of [prison] authorities." - Newsweek magazine.

"Mohammed was selling me for £250 to paedophiles from all over the country. They came in, sat down and started touching me... Sometimes, I would be passed from one pervert to another... Mohammed's defense was laughable... His barrister, a woman, implied I was a racist because all the defendants were Muslim." - Excerpts from Girl for Sale, by Lara McDonnell.

"Democracy... violates the rights of Allah. Islam is the only real, working solution for the UK." - Election posters in Cardiff, Wales.

What follows is a summary of some of Islam and Islam-related issues in Britain during April 2015, categorized into four broad themes: 1) Islamic extremism; 2) British multiculturalism; 3) Muslim integration; and 4) Muslims and the British general elections.
Continue Reading Article

New Magazine Science to Sage,
with current issue devoted to the subject of water innovations,
including article on James DeMeo's Cloudbusting Research 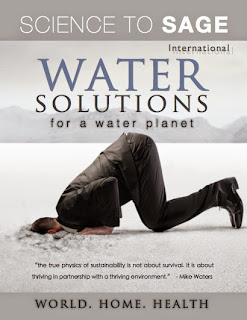 There is a new magazine, Science to Sage, the latest issue of which includes many articles on water-related innovations.  I was asked by the editor, Karen Elkins, to contribute something on my applications of the Reich Cloudbusting methods against severe droughts, a program of research which began with my early work at the University of Kansas back in 1977, and continues today in efforts to obtain funding support for a project working against the severe California drought.

While not a comprehensive report, the article presents the basics, and is worthwhile as a bare-bones introduction.  You can download a free copy as PDF, or read it online, at these two websites:

My article, entitled "The Reich Cloudbuster Method", begins on page 70.  For long-time OBRL subscribers, there is nothing especially new revealed in the article, but it is always refreshing when this controversial research subject is taken seriously and presented in a friendly manner.

For more information on my cloudbusting research, see the weblinks in the article or as given in the other weblinks in this email.

My personal thanks to Karen Elkin for her open-minded and gracious invitation for the article.

Meanwhile, mark your calendar for the forthcoming late-August OBRL Seminar in Ashland, Oregon.  Preregistration required, so make your plans early.  If interested, reply back with a request to be added to the special Seminar Mailing List for updated information.

Primary Seminar over 29-30 August, Saturday and Sunday, 2015
at a Seminar Room near downtown Ashland, close to hotels, restaurants 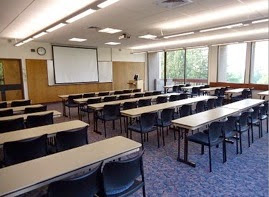 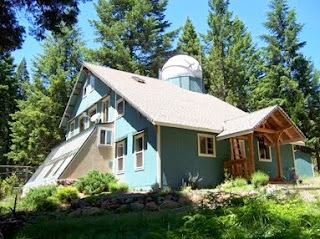 More information is given here, along with topics covered and registration details:
http://www.orgonelab.org/events.htm

Keeping in touch with OBRL

It becomes increasingly difficult to sent out our postings without use of professional services that help avoid misidentification of our materials as "spam".  Internet providers globally are putting up severe barriers which make it nearly impossible for independent non-profits to use ordinary emails for mass-mailings beyond 20 or 50 person.

If you want to stay in touch, you must do one of two things:

A. Join our Yahoo Group server, which is primarily a one-way posting service and not a discussion group.  Do that by sending a blank email to this address:
obrl-quarterly-subscribe (at) yahoogroups.com

B. Another method is to ask us to add you in to a private email service we just started to use called Express Email Marketing.  You tell us you want to subscribe, we add your email to their list, then they send you a confirmation and you must reply to that before getting anything from us by that method.  Do that by sending an email to this address, asking to "Please ADD me to your list", and remember to reply with a Yes click when Express Mail sends you the verification email.
jdlist (at) orgonelab.org

And of course, if you got this email in error, just click the "Remove" link at the top banner of this email, and we will do so promptly.

New book:  "In Defense of Wilhelm Reich: Opposing the 80-Years' War of Mainstream Defamatory Slander Against One of the 20th Century's Most Brilliant Physicians and Natural Scientists", by J.DeMeo
http://www.naturalenergyworks.net
http://www.amazon.com/Defense-Wilhelm-Reich-Mainstream-Defamatory/dp/0980231671