Letter on Modern Jew Hatred, the Holocaust, and the Egyptian Revolt 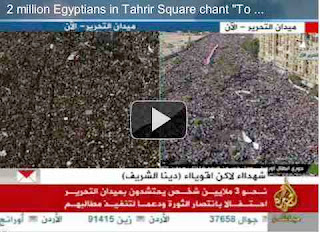 Another Strong Alaskan Lady, Standing Up Against the TSA Gropers

PRINCE RUPERT, BC (February 21, 2011).  The following is Rep. Sharon Cissna's account of the events of February 20th, 2011 at  SEA-TAC International Airport:
"The evening of the 20th of February 2011 started with relief, as I was anxious to get back to the important work of the Alaskan Legislature.  Heading into security after time with the line of passengers, I felt upbeat.  I'd blocked out the horror of three months earlier, but after the pleasant TSA agent checked the ticket and ID, I suddenly found myself directed into scanning by the Seattle Airport's full-body imaging scan.  The horror began again.  A female agent placed herself blocking my passage.  Scan results would again display that my breast cancer and the resulting scars pointed a TSA finger of irregularity at my chest.  I would require invasive, probing hands of a stranger over my body. Memories of violation would consume my thoughts again."
"Being a public servant and elected representative momentarily disappeared. Facing the agent I began to remember what my husband and I'd decided after the previous intensive physical search.  That I never had to submit to that horror again!  It would be difficult, we agreed, but I had the choice to say no, this twisted policy did not have to be the price of flying to Juneau!"
"So last night, as more and more TSA, airline, airport and police gathered, I became stronger in remembering to fight the submission to a physical hand exam. I repeatedly said that I would not allow the feeling-up and I would not use the transportation mode that required it."
"For nearly fifty years I've fought for the rights of assault victims, population in which my wonderful Alaska sadly ranks number one, both for men and women who have been abused.  The very last thing an assault victim or molested person can deal with is yet more trauma and the groping of strangers, the hands of government 'safety' policy."
"For these people, as well as myself, I refused to submit."
"The trip to Juneau is one of adventure in working to restore dignity to government policies designed to build the well-being of our people. All of them. The trip to the Capitol has been by car, small plane and the Alaska Marine Highway.  It feels like a trip of pride as well."
"The TSA threat of "Do you want to fly?" means something very different to Alaskans. Flying in Alaska is not a choice, but a necessity.  The freedom to travel should never come at the price of basic human dignity and pride." 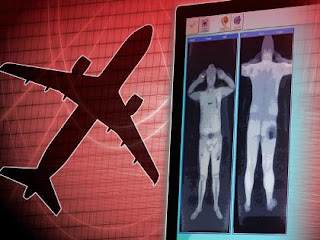 Excellent article on what you are not being told.  If you plan to travel by air, avoid these machines. But then be prepared for the Obama Sexual Molestation by Federal T&A Gropers

SAN FRANCISCO (CBS 5) - The public outcry over those new and revealing full body scans at the nation's airports seems to have died down. But even though passengers may not be thinking about them, some scientists are voicing new concerns.  ...

Go to the above link for the full article

Another Micro- Wave of the Future?

More Microwaves and Government Snooping.  Today it is "monitor".  Tomorrow it is "control".
Beware the Watermellon Greens.  Green on the outside. Red on the inside.

INVERNESS PARK, Calif. - Pacific Gas and Electric's campaign to introduce wireless smart meters in Northern California is facing fierce opposition from an eclectic mix of Tea Party conservatives and left-leaning individualists who say the meters threaten their liberties and their health.

In the San Francisco Bay Area, "Stop Smart Meters" signs and bumper stickers have been multiplying on front lawns and cars. Four protesters have been arrested for blocking trucks seeking to deliver the meters.

Since 2006, PG&E has installed more than seven million of the devices, which transmit real-time data on customers' use of electricity.

But in Santa Cruz County, south of San Jose, the Board of Supervisors recently extended a yearlong moratorium on installations. Officials in Marin County, north of San Francisco, approved a ban this month on meters in unincorporated, largely rural areas, where about a quarter of its population lives.

The meters are a crucial building block for what the Obama administration and the industry envision as an efficient "green grid." The goals are to help utilities allocate power more smoothly and to give people more information on how they consume energy and incentives to use less.

At first, the backlash against PG&E focused on the notion that the meters were giving artificially high readings, but that died down after studies confirmed their overall accuracy.

The new wave of protests comes from conservatives and individualists who view the monitoring of home appliances as a breach of privacy, as well as from a cadre of environmental health campaigners who see the meters' radio-frequency radiation  - like emissions from cellphones and other common devices  - as a health threat.  ....

* Go to the above link for the rest.

Open Letter to a Warmist

Climate change: Dogs of law are off the leash
http://www.google.com/hostednews/afp/article/ALeqM5jLQy3ze-D7N4ZQzyDjvLA8ChIEhQ?docId=CNG.0974f2ca1c91adea909b6017dc4d554e.471

Only Hope Against 'Climate Disaster' is Indoctrinating Your Children
http://bighollywood.breitbart.com/edulis/2011/02/02/singer-raffi-only-hope-against-climate-disaster-is-indoctrinating-your-children