Cool Climate Update
Could this...... 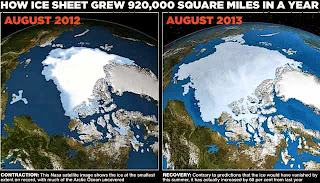 And now it's global COOLING! Record return of Arctic ice cap as it grows by 60% in a year
http://www.dailymail.co.uk/news/article-2415191/Global-cooling-Arctic-ice-caps-grows-60-global-warming-predictions.html
Be related to this.....? 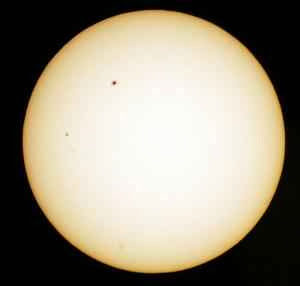 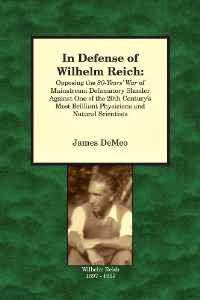 http://www.amazon.com/Defense-Wilhelm-Reich-Mainstream-Defamatory/dp/0980231671
Also available internationally from other on-line and street bookstores.

On-line Review of "The Strange Case of Wilhelm Reich" film

Author: John Wilder, St. Louis, USA
30 August 2013
Early this summer, at the Austrian Cultural Forum in London, I viewed, along with 40 others, the United Kingdom premier of The Strange Case of Wilhelm Reich, the feature-length film by Antonin Svoboda starring Klaus Maria Brandauer as Wilhelm Reich. I felt that Brandauer's portrayal of Reich was engaging, being humane and warm, showing integrity, steadfastness, courage, and intelligence. Missing was much of Reich's ferocious energy. Although many of the facts of Reich's later life and work are portrayed reasonably well, given the limitations of film medium and of our time and culture, I think that, in the future, Reich's later life and work will be portrayed with a deeper understandings of who he was and what he faced, namely, the mass social pathology that Reich termed the emotional plague.

While I found The Strange Case of Wilhelm Reich dramatically moving and touching in many ways and accurate in many details, there were some serious misrepresentations of fact. Some characters, for example, appeared to be entirely fictional, or, in other cases, amalgams of several people. One of the film's screenwriters admitted to me that there's no evidence that Reich was spied upon by his wife Aurora Karrer, but that Reich's story needed a "Judas," and Karrer was chosen.

Was there a Judas among Reich's colleagues and followers? And, where, behind it all, lighting emotional fires and fanning the flames, hides Iago?

Instead, the "bad guys" in this film are flat, cardboard creations from film noir. They don't do the trick. Here, there are only shadowy American agents from the FDA, the CIA, the FBI, plus Ewen Cameron, the Canadian psychologist.

While the emotional plague that Reich's work revealed is neither, in essence, left nor right, politically, I believe the evidence at hand supports the assertion that the particular expression of the emotional plague that drove Reich from Germany to Norway to America, and, finally, into prison, had a Stalinist Communist core. The public relations storm that arose when Stalin's agents killed Trotsky in 1940 led to a change in how the Communists isolated and removed their enemies. With Reich, the Communist emotional plague characters used the media to set a trap, to create a fictive charlatan Reich, and then they used their influences in the American government to snap that trap shut. It wasn't Reich, the scientist, who got into trouble with the American legal system; it was a pornographic/charlatan Reich conjured up by the Communists and their aides. The response of the American public was not to Reich, but to the invented Reich. History wants to lay the blame for Reich's demise at the feet of Joseph McCarthy, the Christian moralists, and sexually uptight Americans. But their role was to get upset by the Reich that didn't exist. Parts of the American media and government were the duped "muscle" that put Reich away, but the "brains" behind the scheme was a Stalinist network, deeply hidden at that time. That truth cannot be found in this film.

Todd Gitlin, a professor at Columbia University's Graduate School of Journalism, says it is acceptable to blur the line between fact and fiction, provided audiences are aware of it.

In an interview with Ted Morgan on Nightline, Gitlin said, referring to the film The Queen, "True-ish is defensible when it's relatively easy for the viewers to know the limits of what we actually know.  This doesn't purport to be something it isn't, and therefore I'm prepared to give it some slack, especially because we have a brilliant actress who makes plausible that this is what the Queen -- as well as we know her -- would go through under such circumstances."
However, Gitlin didn't believe the same is true for all historical films. Referring to Oliver Stone's controversial film JFK, which holds that President Kennedy was killed by a CIA plot, he said, "It flunks awfully and irredeemably. The devil is in the big falsification.  You're not permitted to chuck volumes of counter evidence for the sake of this piece of fairy-tale making."

Svoboda shows a willingness to make Aurora Karrer a "Judas" on no evidence, but NOT to portray the underlying red fascist conspiracy that persecuted Reich --despite much interesting evidence.

There have been 12 films made of Hawthorne's The Scarlet Letter, a novel written circa 1850 based on real events that happened in the 1640s. Each film says a lot about the filmmaker who made it. In the future, there will be a lot of films made about Reich and his work. Svododa's film, which I feel is a reasonably good one for these times, may eventually say more to future societies about these times than what it reveals about Reich and his work.
+++
John Wilder is an independent researcher with long-held interests in Wilhelm Reich, and author of the article "CSICOP, Time Magazine and Wilhelm Reich", available for download from here.