The OBRL Newsletter #24 had a serious omission which was recently corrected.
The original version posted to our website did not include important discussion on three experimental works, on these subjects:

Monitoring of Radioisotopes from the Fukushima Nuclear Disaster

As of today, 30 December 2011, these reports have now been added in, and the revised version posted up.
If you already downloaded and viewed it, you may wish to do so again to get those new reports, which include several additional photos and diagrams.
http://www.orgonelab.org/OBRLNewsletter.htm
or directly from here:
http://www.orgonelab.org/OBRLNewsletter/24OBRLDecember2011.pdf
Thanks for your interest.
J.D.

The latest issue of Subtle Energies journal, just published, carries many articles relevant to or directly focused upon orgonomy, the science of life-energy functions as developed by Dr. Wilhelm Reich.  Here is a listing of the articles, though it does not yet show up on their webpage.  Please organize a purchase directly from them if you are interested:

BERNARD GRAD: THE LEGACY LIVES ON

THE BORDERLINE BETWEEN TWO AREAS OF RESEARCH

ADVENTURES IN THE ORGASMATRON, HOW THE SEXUAL REVOLUTION CAME TO AMERICA

Review by Richard A. Blasband, M.D.

New Article at the OBRL Website
Critical Review of Christopher Turner's Adventures in the Orgasmatron
A Defense of Dr. Wilhelm Reich and his Orgonomic Science
Against Renewed Sexual Slander and Defamation.
By James DeMeo, PhD
http://www.orgonelab.org/DeMeoReviewOfTurner.htm

Regarding the recent #24 issue of the OBRL Newsletter, just announced yesterday, a major error was noted this evening, in that we failed to include point No.7 in it.  That point was quite important, dealing with the recent spate of yellow-journalism smear attacks in the mainstream media against Dr. Reich and orgonomy.  The corrected version with that essential point was just posted to our internet server.  If you already downloaded it, please discard the version you now have, and download the new one, using the same weblinks as before.
http://www.orgonelab.org/OBRLNewsletter.htm
or directly from here:
http://www.orgonelab.org/OBRLNewsletter/24OBRLDecember2011.pdf
Thanks again,
James DeMeo 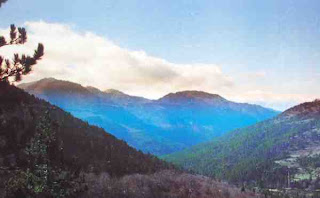 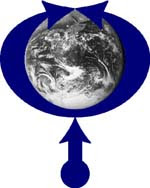 I've been collecting articles over the last several months on the Earth's climate trends, and how that affects the CO2 theory of global warming.  Most on the OBRL-News list will already know, I've openly come out against the CO2 theory of warming many years ago, lending my name to lists of professional climate-scientists in opposition to it.
Basically there hasn't been any global warming since around 1998, in spite of the hysterical claims and data-fudging within Big-Government-Funded climate scientism.  Especially notable is the second round of "Climate-gate", the newly released, hacked email dump taken from the top dogs of mainstream global-warming hysteria, and exposed for public review.  It shows:  More lies.  More censorship and covering up.  More manipulations of data.
The trend of news reporting suggests, many more scientists are finding big problems and contradictions with the theory of CO2-driven global warming, even as the claims about it are fraudulently magnified with each passing year.
This is exactly how the atomic power industry and their cadres of supporters in mainstream physics behaved, and got away with for awhile, at least until the disasters of Three Mile Island and Chernobyl.  Those disasters cut through all the sneering denials about "safety" which were being promoted (and still are in some Big-Government circles), as did Fukushima more recently.  Perhaps what is needed is a "climate Fukushima"... where government leaders mock the idea of a cooling climate and so do not spend or plan sufficiently for massive snow-dumps and shorter growing seasons, which knock out power for months, paralyze traffic for weeks, with freezing of water supplys, higher fuel prices, and prolonged food shortages.  Oh, yes, we already have seen a bit of that in the last years, if not just a few months ago.  Wisdom suggests, to prepare for more of that, even if in small and economical ways.
Hopefully we will remain on the warm side.  Even a full-scale duplication of the Medieval Warm Period is a whole lot better than a new Little Ice Age.
Without further comment, here they are:
James DeMeo, PhD
http://www.orgoneab.org
++++++
Much of Britain suffered the coldest summer for almost two decades, Met Office statistics show. 30 Aug. 2011
http://www.telegraph.co.uk/topics/weather/8730125/Parts-of-Britain-suffer-coldest-summer-for-nearly-two-decades.html
Overestimating Global Warming? Scientists Say New Map of Greenland Needs More Ice - 26 Sept. 2011
http://www.theblaze.com/stories/overestimating-global-warming-scientists-say-new-map-of-greenland-now-needs-more-ice/
Did the melting Arctic ice shelf break up once before?
Researchers think one Canadian ice shelf broke up 1,400 years ago and then re-froze - 26 Oct. 2011
http://www.dailymail.co.uk/sciencetech/article-2053423/The-Arctic-ice-shelf-broke-froze-new-research-suggests.html
Update- Amarillo receives record breaking snow for Oct. 27  2011
http://amarillo.com/news/local-news/2011-10-27/amarillo-receives-record-breaking-snow-oct-27#
Historic October Snowstorm Still Crushing New England - 30 Oct. 2011
http://www.accuweather.com/en/weather-news/historic-october-snowstorm-sti/57076
Scientist who said climate change sceptics had been proved wrong accused of hiding truth by colleague - 30 Oct. 2011
http://www.dailymail.co.uk/sciencetech/article-2055191/Scientists-said-climate-change-sceptics-proved-wrong-accused-hiding-truth-colleague.html
Three million on the East Coast could be without power for DAYS after New York was hit by deadly October snow storm... and there's more on the way - 30 Oct.2011
http://www.dailymail.co.uk/news/article-2054719/October-winter-storm-2011-Snow-hits-New-York-Halloween-East-Coast.html
Even longtime Alaskans taken off guard by deep freeze - 17 Nov. 2011 http://newsminer.com/view/full_story/16470974/article-Record-Fairbanks-cold-continues--air-quality-warnings-issued?instance=home_news_window_left_top_3
Fresh round of hacked climate science emails leaked online
A file containing 5,000 emails has been made available in an apparent attempt to repeat the impact of 2009's similar release - 22 Nov. 2011
http://www.guardian.co.uk/environment/2011/nov/22/fresh-hacked-climate-science-emails
Climategate 2.0: New E-Mails Rock The Global Warming Debate  - 23 Nov. 2011
http://www.forbes.com/sites/jamestaylor/2011/11/23/climategate-2-0-new-e-mails-rock-the-global-warming-debate/
Ice age analysis suggests global warming may be less severe than predicted - 24 Nov.2011
http://www.oregonlive.com/environment/index.ssf/2011/11/ice_age_analysis_suggests_glob.html
Scientists Behaving Badly
More nails for the coffin of man-made global warming - 28 Nov. 2011
http://www.nationalreview.com/articles/284137/scientists-behaving-badly-jim-lacey
Scientists in Revolt against Global Warming - 3 Dec. 2011
http://www.americanthinker.com/2011/11/scientists_in_revolt_against_global_warming.html#ixzz1fFVqQgqz

A new video has been posted up to YouTube:
WILHELM REICH'S BION-BIOGENESIS DISCOVERIES - EXPERIMENTAL VERIFICATION
http://www.youtube.com/watch?v=-PVnS72IIY8

---->www.youtube.com/watch?v=-PVnS72IIY8
This item duplicates one of my PowerPoint lecture presentations, as given to the Second International Symposium on Pleomorphic Microbes in Health and Disease, held in Ashland, Oregon in October of 2000.   It is being made available in the manner of public education, and a corrective against the spate of horrible mainstream media publications over the last months, lying about the biography and research findings of the late Dr. Wilhelm Reich.  Several of my other PowerPoint lectures will be converted into YouTube presentations, in a similar manner over the coming months.
When viewed at the YouTube website, control features are provided to allow for 360p, 480p or 720p viewing. From experiences here, the 480p with an expanded viewing window seems best, as the 720p yields a jerky quality in some of the transitions and video sequences of moving microbes. If you have a very fast broadband connection, this problem might not be present.
Please share the above YouTube weblink. The video is also available for embedding into your own website by using the "Share" and then "Embed" buttons at the bottom of the YouTube-page viewing window.
Thank you,
James DeMeo, PhD
Director of OBRL
http://www.orgonelab.org
// posted by James DeMeo @ Thursday, December 01, 2011 0 comments