Addendum to the Last Post (Islamic Ice Age, Pt.2)
More outrages.
Here once more is a big fat Muslim pedophile justifying why the "New Egypt" should allow child marriage, rape and sexual abuse, including beatings of women.
http://www.theblaze.com/stories/why-are-islamists-blocking-child-sex-trafficking-laws-from-egypts-new-constitution/
At the end of the day, most Muslims opposed Mubarak (as they did Sadat, who was assassinated by the Brotherhood) for their "Western" ways, their few and begrudging laws protecting women and children from sexual slavery, and of course for maintaining a peace with the hated Jews of Israel.  The sexual element seems to be the greater hot-button.

Just so you'll remember, and feel the love.

From the Holy Koran:

Surely the vilest of animals in Allah's sight are those who disbelieve -- 8:55

Soon shall We cast terror into the hearts of the Unbelievers -- 3:151

Lo! Those who disbelieve Our revelations, We shall expose them to the Fire. As often as their skins are consumed, We shall exchange them for fresh skins that they may taste the torment. Lo! Allah is ever Mighty, Wise. - 4:56

Then, when the sacred months have passed, slay the idolaters wherever ye find them, and take them (captive), and besiege them, and prepare for them each ambush. But if they repent and establish worship and pay the poor-due, then leave their way free. Lo! Allah is Forgiving, Merciful. -- 9:5

Lo! those who disbelieve, among the People of the Scripture and the idolaters, will abide in fire of hell. They are the worst of created beings.-- 98:6

Against them make ready your strength to the utmost of your power, including steeds of war, to strike terror into the enemies of Allah and your enemies -- 8:60

Muhammad is the apostle of Allah. Those who follow him are merciful to one another, but ruthless to the unbelievers. -- 48:29

Righteous women are therefore obedient, guarding the secret for God's guarding. And those you fear may be rebellious admonish; banish them to their couches, and beat them. -- 4:34

When you meet the unbelievers, smite their necks, then, when you have made wide slaughter among them, tie fast the bonds; then set them free, either by grace or ransom, till the war lays down its loads. -- 47:4

Lo! those who disbelieve, among the People of the Scripture and the idolaters, will abide in fire of hell. They are the worst of created beings. -- 98:6


Keep in mind, the various "peaceful versus" in the Koran which are always dragged out for public dissemination by Islamapologists come from the time when Muhammed was preaching to infidel unbelievers, hoping to win them over to his new creed.  When they mocked him and sent him packing, it was "No More Mr. Nice Guy!"  The mask of "peaceful spirituality" was torn away, swords were drawn, and unbelievers massacred or enslaved en mass.   And by all laws of Islamic jurisprudence, the "principle of abrogation" is at work to give full weight to the later more violent versus, negating the earlier peaceful ones.  Except of course when speaking to unbelievers.

Now, maybe I am wrong.  There was a big rally outside of Google headquarters in Dublin Ireland yesterday, supporting the rights of Western freedom of speech, and standing up against censorship of the internet.
http://atlasshrugs2000.typepad.com/atlas_shrugs/2012/10/muslim-hordes-veiled-threats-intimidation-thuggery-outside-google-dublin-hq.html
Ooops! I mean, they were protesting against Western freedom of speech and standing up for Sharia Law!!  Maybe someone can point out to me the other numerous rallys by Muslims standing up for the US Constitution or European freedom of speech?   Surely such there must have been a few dozen in the last weeks?   Surely, somewhere!?

This following item is also a good alarm bell, some of Big Mo's followers preaching to the faithful on the "Arab Spring" television media, saying in Arabic all the things that unbelievers aren't supposed to hear.  So just delete this email and don't you dare view them.  With English translations:
http://atlasshrugs2000.typepad.com/atlas_shrugs/2012/10/savage-islamic-jew-hatred-in-arab-media.html

I originally had a more analytical bit for the "part 2" of the earlier "Islamic Ice Age" essay
http://obrlnews.wordpress.com/2012/09/28/islamic-ice-age-versus-the-us-constitution-part-1/
but there has been such a flood of new material, following exactly the old Saharasian patterns (http://www.saharasia.org).  I simply no longer have the time to keep up to date, and only to occasionally post out information on the subject.  Events are happening quickly.

Consequently, after this post I will probably go into "silent mode" on this subject of peaceful Islam, for awhile at least until something really ghastly takes place once again -- like our Big O endorsing (again) the trashing of the US Constitution in deference to Islamic Sharia Laws on blasphemy.   Well, Hillary just apologized for that - "a woman was to blame" didn't you know?
http://www.cnn.com/2012/10/15/us/clinton-benghazi/index.html
Way to go, Big O.

In the meantime, you can keep up on the subject by regularly reviewing my own major info sources, which are fact-based and reliable, with news items regularly censored out of our Sharia-compliant MSM:

New Data: No Global Warming for Past 16 Years 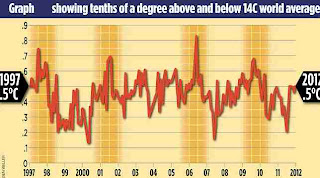 Since this is global data, not isolated to anyone's backyard in summer, it is not surprising also to learn of the balanced Arctic/Antarctic ice-cap situation.  While the Arctic cover of floating sea ice reached record lows most recently, the Antarctic ice reached record highs.
Antarctic Sea Ice Hits Record ... High?
http://news.nationalgeographic.com/news/2012/10/121013-antarctica-sea-ice-record-high-science-global-warming/ 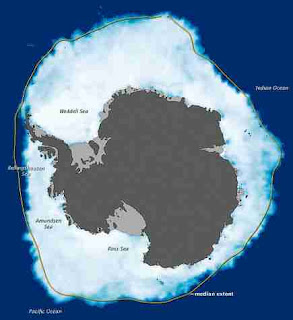