A Message from James DeMeo and OBRL 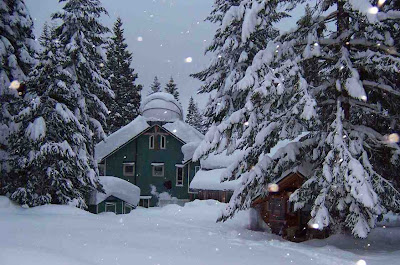 In the 1990s, I personally led 13 separate expeditions into Africa and the Middle East, for purposes of drought-abatement or desert greening.  These expeditions included work in Israel, Namibia, and a 5-year project in the Eritrean Sahel zone.  In all cases the work was made possibly by generous donations of ordinary people concerned with the terrible conditions which existed, plus the even more generous and quite strenuous dedication of time and life-energy by teams of professional volunteers.  All of this work has been published in various journals, including our own Pulse of the Planet journal.
http://www.orgonelab.org/cart/xpulse.htm
I have since been contacted by concerned persons in both Israel and Australia, asking for help with their on-gong water and drought problems.  We are in discussions with officials in those regions, but in reality the strains of the overseas work have been sufficiently great that we today are more oriented towards training new students in the authentic CORE methods of Wilhelm Reich.  A problem is, there is so much distortion and misrepresentation of Reich's findings by various mystics and internet-hawkers, that young people either come to us fully poisoned with all the wrong ideas, or they simply are repulsed by all the terrible mysticism they encounter, which is mis-attributed to Reich.  This is a social dilemma we have no easy answer for, except to continue quietly speaking the truth in those public avenues available to us.  The OBRL website now posts a series of public announcements or correctives against this destructive social trend, here for example:
http://www.orgonelab.org/orgonenonsense.htm
* OBRL Publications:

OBRL continues to distribute copies of its journal, Pulse of the Planet,
through catalogs, bookstores, and by internet.  The #5 issue of Pulse, also titled "Heretic's Notebook: Protocells, Ether-Drift and Cosmic Life Energy, with New Research Supporting Wilhelm Reich", is one of our best.  OBRL also recently assisted the English-language publication of Dr. Roberto Maglione's book "Wilhelm Reich and the Healing of Atmospheres".   OBRL also is undertaking an English translation of Dr. Jorgos Kavouras' book "Healing with Orgone Energy" from the original German edition, for publication by a publisher yet to be determined.
In addition, OBRL supported the publication of my larger work "SAHARASIA: The 4000 BCE Origins of Child-Abuse, Sex-Repression, Warfare and Social Violence In the Deserts of the Old World" which continues to gain support, from both archaeological-historical findings, as well as from various depressing current-events.
http://www.saharasia.org
Saharasia is a controversial work providing critical cross-cultural and geographical-historical support for Reich's original sex-economic findings on the origins of human violence, solving in a quantitative manner the riddle of the origins of human armoring.  It is the largest single study of global human behavior ever undertaken, and it validates Reich's views completely.  The work contains over a hundred maps, tables, illustrations and photos - a major research and publishing project.  A German-language edition is partly completed, though no publisher has been found.  Several of my own new publications also progress, albeit slowly "Saharasia Since 1900" and "Greening Deserts".
We also recently posted two new videos to YouTube, promoting several of our publications.  If you haven't seen them, you should enjoy doing so:
Wilhelm Reich and the Orgone Energy
http://www.youtube.com/watch?v=sPV-JExUPns
John Ott: Exploring the Spectrum
http://www.youtube.com/watch?v=bw6hcTGND3c
* OBRL Greensprings Center: Facilities
The facilities at the Greensprings Center continue to be expanded and upgraded as is possible.  Most recently, we repaired our workshop and added a small student cabin.  The main OBRL laboratory and seminar building, which also hosts a top-notch astronomical observatory, had a new seminar and storage room added to the East side.  This allows the old seminar room to now be fully dedicated to research projects.
Each of these activities -- educational, laboratory, field work, publications, lectures, upgrading and maintenance of the Greensprings Center itself -- requires a considerable expenditure of time, resources and money, beyond our personal financial capacities.  Therefore each year, we openly ask for financial assistance from OBRL's network of supporters. The simplest way to help out is to purchase our various publications for yourself or as a gift, and to plan to attend our summer Greensprings Seminars, as described here:
http://www.naturalenergyworks.net
http://www.orgonelab.org/events.htm
For those of more substantial means, please consider a larger donation targeted towards our ongoing field and laboratory work.  Donations of any amount are most welcome and appreciated.
http://www.orgonelab.org/donation
There are very few institutions in the world where Wilhelm Reich's important discoveries are seriously considered and openly worked with in such a direct and uncompromised manner. With the help of dedicated friends and associates, OBRL has developed a unique, life-positive, productive and non-political, natural scientific approach, with a proven record of accomplishment. With your support and assistance, this vitally important work will remain alive and growing. Please make a tax-deductible contribution to the financial needs of the OBRL Greensprings Center projects.
Thanks in advance for your support.
Sincerely,

(A listing of Dr. DeMeo's past publications and lectures is available at:
http://www.orgonelab.org/demeopubs.htm  )

Now is the time you can make a significant contribution to the continuation of this important work, by donating to the Greensprings Center projects. With your help, our various research and educational programs will continue "full steam ahead". If you are in a position to assist financially with this important work, please consider to make a generous contribution. If you require additional details or clarifications, please get in touch with Dr. James DeMeo by email, letter or telephone. All contributions, small or large, will be gratefully acknowledged.  Please also consider to include OBRL in your estate planning, for a bequest.
OBRL is an IRS-approved 501(c)(3) non-profit foundation, and all donations are tax deductible.

Click here to make a donation on-line.
http://www.orgonelab.org/donation
Checks are also welcomed, and should be made out to: