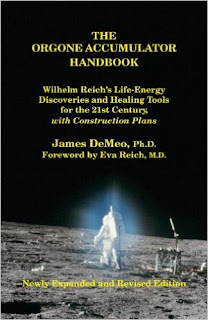 The Dynamic Ether of Cosmic Space: Correcting a Major Error in Modern Science 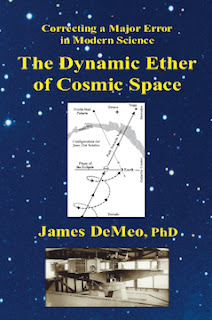 http://www.naturalenergyworks.net
This one addresses a major fraud perpetrated in mainstream science decades ago, but which today is ignorantly repeated, like parrots, in every textbook.  Namely, the cosmic ether of space WAS experimentally detected, and no "null" or "zero" result was ever reported by Michelson-Morley (MM) in their original publications. Many others replicated that same experiment using far better and more sensitive interferometer devices than MM used, such as Dayton Miller, and in other team efforts by Morley-Miller, Michelson-Pease-Pearson and Michelson-Gale. Others have done so in more recent times, such as Yuri Galaev, Reginald Cahill and Hector Munera.  ALL have been ignored, censored or simply erased by both mainstream "science" journals, and by their academic colleagues. Sound familiar to modern politics?  (My own research findings and publications have suffered a similar fate.)
So what are the reasons for this chronic and rather "official" mis-reporting and obfuscation?   The primary reason is, that none of the modern theories of astrophysics remains standing when confronted by a medium in cosmic space which affects light-speed with a variation aligned in a specific cosmic-sidereal direction. And there are many entire academic departments, top "expert" bibliographies, and more fundamentally  research grant cash-cows at stake.
I've studied this material since my undergraduate university days, back in the early 1970s, and later raised the issues as a doctoral candidate and later PhD professor in the universities - often triggering explosive reactions from professors who worshiped Einstein's theory of relativity, or the idea of a cosmic "Big Bang" start of the universe.  Or they embraced "back holes" as a real thing. What I show in this book, is how all those theores, including much of "quantum entanglement" theory (often called quantum magic), are little more than metaphysical suppositions. The evidence for them frequently, if not always, finds a simpler explanation along the lines of a cosmic dynamic and gravitational ether.  None remain standing as viable theories in the face of a cosmic ether, particularly one with dynamic and motional-material properties, as I argue.  Even so, I do not question any aspects of empirical astronomical discovery, only the metaphysical speculative astrophysical theories which try to explain what astronomers have observed.  It is a question of facts, versus "theories about facts".
Better yet, I show the close relationship of cosmic ether to the cosmic superimposition theory of Wilhelm Reich, who argued that the cosmic ether had been "prematurely discarded". He didn't know about the abundant evidence for ether already obtained by top scientists in his own time, but which I gathered in this book. "There is no vacuum" Reich declared with great intuition and experimental proofs, and he was correct on that point, as well as in his discovery that the cosmic orgone energy, which he called the ether, was biologically active, playing a critical role in the formation and sustenance of life.
The ether-orgone is also reactive to water, as my own spectrographic research has shown. And I identified no less than 17 different independent scientific discoveries of cosmic sidereal vectors in space that closely align with the interferometer-determined cosmic motions of Earth in space.  This is all laid out in graphs, charts, tables and figures, to make it comprehendible to the average person, with minimal maths.
I don't wish to give away all the content of this 389-page, richly illustrated book, and so invite you to buy a copy for your own educational reading, and also to purchase a copy for any student or open-minded person who holds interests in the sciences. It is a great gift for the holidays.  We can ship this book, and my other titles, directly in the USA and internationally by our network of distributors.  Easy payment by PayPal, with any credit card (you don't have to sign up with them). Come see the offerings at Natural Energy Works.
http://www.naturalenergyworks.net
James DeMeo, PhD
Director, Orgone Biophysical Research Lab
Ashland, Oregon, USA
http://www.orgonelab.org
To view our past postings, see here:
https://obrlnews.wordpress.com/